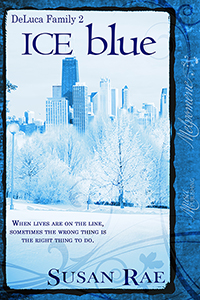 I hope you all had a great Easter.  Now, after all that family time, you might want to indulge in a little pleasure reading.  Here’s a tease from my new release.  Enjoy!  And, if you leave a comment at the end of this post, you’ll be automatically entered into my contest running through Friday, April 5th to win an ICE blue mug AND a free e-B00k of heartbeats or freefall.  Your choice!  Both received excellent reviews.

She’d finished her glass and set it down on the table.

“No, thank you. It’s getting late and I have to be up early. I’m taking on an extra shift tomorrow.” She slid her chair back. He stood and came around the table to help her.

“I’ll drive you home. Then I’ll grab a cab and come back and retrieve my own car.”

“But, given the wine we drank…as a matter of fact, maybe we both should take a cab.”

She tested her bearings as she rose. She knew her limits and she was definitely not drunk. If she was, she wouldn’t think twice about calling a cab. She’d seen far too often the results of drinking and driving.

“Trust me, I’m fine.” She met his gaze straight on.

Her pulse throbbed in her neck at the look in his eyes. It was a challenge. Where did they go from here?

He retrieved her coat from the back of her chair and she tried to lighten the mood again. “Dinner was delicious. Maybe you should reconsider your line of work.”

“Maybe I should.” Then he was helping her slip into her coat. He turned her toward him, pulled the lapels closed to protect her from the cold. He looked down at her and once again they were face to face. Angela swallowed hard. Her senses filled with the sweet scent of the wine still on his breath. It mingled enticingly with his aftershave.

“By the way, did I forget to tell you what a knockout you are in that dress?”

“Yes, I believe you did.”  Although she’d seen it reflected in his eyes.

He was so close now. His hands moved up to the collar of her coat, nestled it against her cheeks. “Angela DeLuca, you turn my head.”

Angela tried to ignore the sudden dizziness that assailed her. Perhaps she did, indeed, have too much wine. Her eyes closed as his lips came down to claim hers. Gentle and hard. Soft and moist. Needy and demanding.

It had been a while since she’d been kissed like this, and it felt good. But as the sensations continued to wash over her, sending a warmth tingling throughout her body, she realized she’d never really been kissed quite like this before. Troy’s kiss was tender and demanding and delicious all at once. She felt like the ice wine they’d just drunk, her juices warming to full life after being frozen in time. And she wanted more. She reached up, slipped her hands around his neck, and opened her lips to his. As his tongue moved within her, her breath caught in her throat and the sweet sensations magnified tenfold.

He ended the kiss first. Pulling back he held his forehead against hers for a moment and then lifted his head to gaze into her eyes. His eyes burned with smoky intensity and she knew without a doubt that he was as shaken by the kiss as she was. That knowledge sent her heart beating even faster.

“Rain check,” he said at last, his voice a hoarse whisper.

Despite the alarm bells that rang in her head, Angela nodded.

Without another word, he walked her to the door.

2 thoughts on “ICE blue–Passion as well as suspense–Here’s a tease.”